October 14, 2015, CableTec Expo, New Orleans ---The Multimedia over Coax Alliance has completed MoCA 2.0 field tests in the U.S.  Tests demonstrated better than 400 Mbps net data rates in 90 percent of all coaxial outlets, or paths. Net throughputs were greater than 350 Mbps for 95 percent of paths.

Results are based on 205 homes tested throughout the U.S.

“The completion of the MoCA 2.0 field tests confirms the speed, ease of installation and reliability of our technology,” said Charles Cerino, MoCA President. “This proves that coax is the high-speed backbone of the home network.” 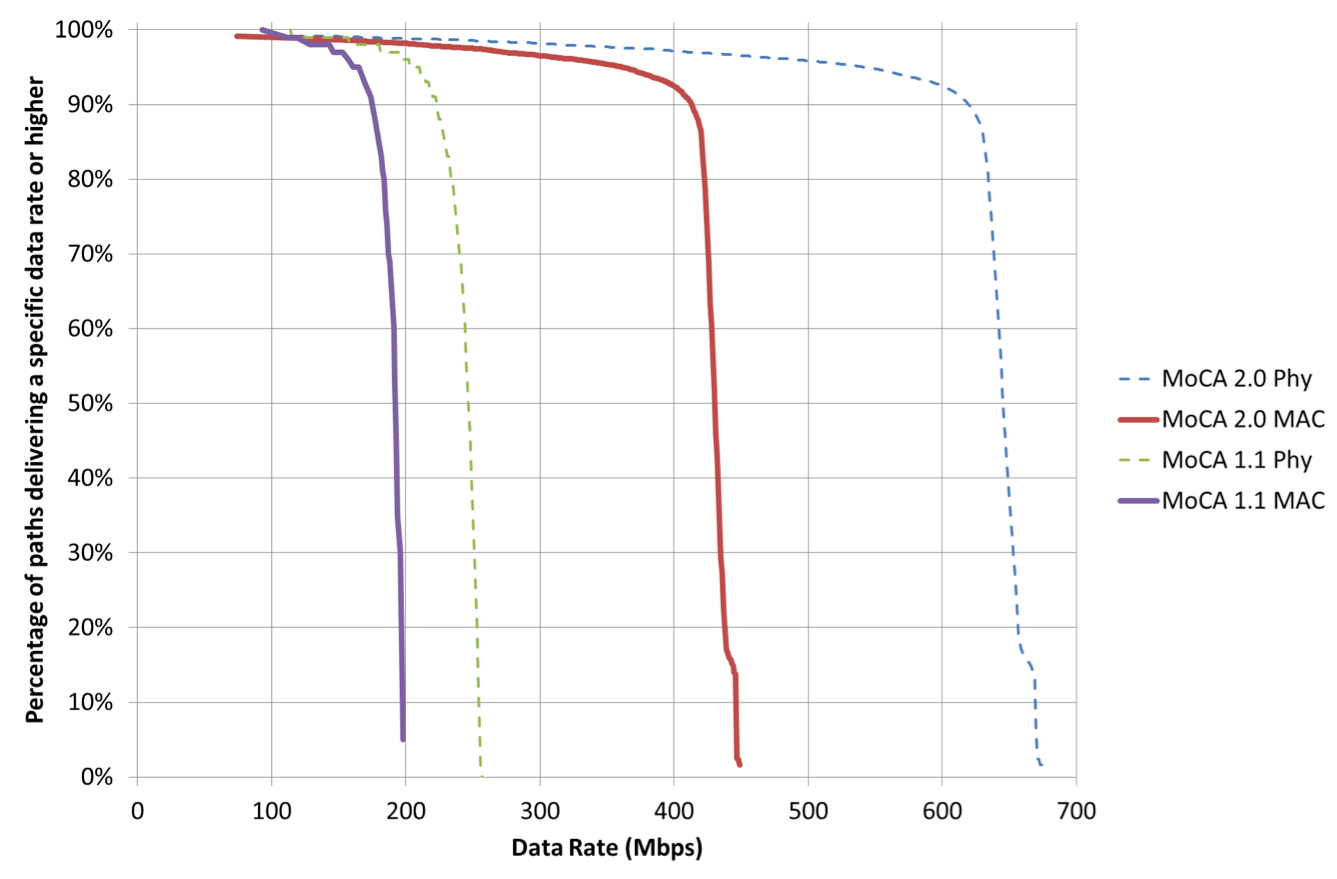 All homeowner were volunteers and lived in several states throughout the U.S. No homes were screened or chosen based on construction materials, age or condition of coaxial wiring, or type of pay TV service.

Field tests are also currently being conducted in China, Israel and South Africa.

About MoCA®
MoCA technology is the worldwide standard for high performance and high reliability in the connected home, and has been adopted by cable, telco/IPTV and satellite operators worldwide.  MoCA technology is also used to extend Wi-Fi connectivity throughout the home.
The Alliance has certified 191 products and has more than 50 members worldwide.