April 19, 2017—San Ramon, California ---MoCA recently concluded field tests that compared three different Wi-Fi mesh-based products in a home networking environment, vs. a Wi-Fi network that used MoCA as the backhaul. The results showed a dramatic improvement in Wi-Fi performance when using MoCA 2.0 as the backhaul, compared to a Wi-Fi-based backhaul only.

Wi-Fi mesh has been getting a lot of attention lately as an alternative for whole-home coverage. The Alliance conducted these tests to determine if Wi-Fi mesh-based products could sustain performance throughout a typical U.S. home with multiple streams of traffic running concurrently.

All devices tested included 802.11ac fronthaul. Netgear’s Orbi, Plume and Eero, which integrate 802.11ac backhaul, were compared to Actiontec Wi-Fi extenders that integrate MoCA 2.0 Bonded backhaul. All devices used are currently available via retail channels so as to test products that consumers can purchase today.

Per the graph below showing cumulative distribution results for TCP traffic type, MoCA 2.0 Bonded extenders delivered 800 Mbps or better downlink Wi-Fi performance in all homes. Orbi was able to achieve 300 Mbps or better in 50% of homes though some homes were capable of only 170 Mbps. Eero and Plume were unable to reach 200 Mbps at all. See TCP Traffic (A).

Uplink traffic with Wi-Fi was also significantly greater when using MoCA technology as the backbone compared to using Orbi, Eero or Plume.

“Whole home coverage and sustained performance in the home go hand-in-hand but can be difficult to achieve without a wired backhaul. The beauty in this is, MoCA leverages the already existing coax as its backhaul,” said Charles Cerino, MoCA President. “These tests demonstrate that while Wi-Fi mesh may offer some improvement in whole home coverage, it is not consistent and a wire is still critical for the highest performance and lowest latency in every room.”

The report is available on MoCA’s web site at www.mocalliance.org.

Dekra (formerly AT4Wireless) performed the tests and recorded the results from 11 homes around the country including Georgia, New Jersey, Virginia, Pennsylvania, Colorado and California.

Nine Wi-Fi clients were deployed throughout each test house. Client location remained the same for all five system tests. For each system, Dekra turned off all clients, setup and enabled new APs, and then turned on all clients. Clients were not manually connected to a particular AP. 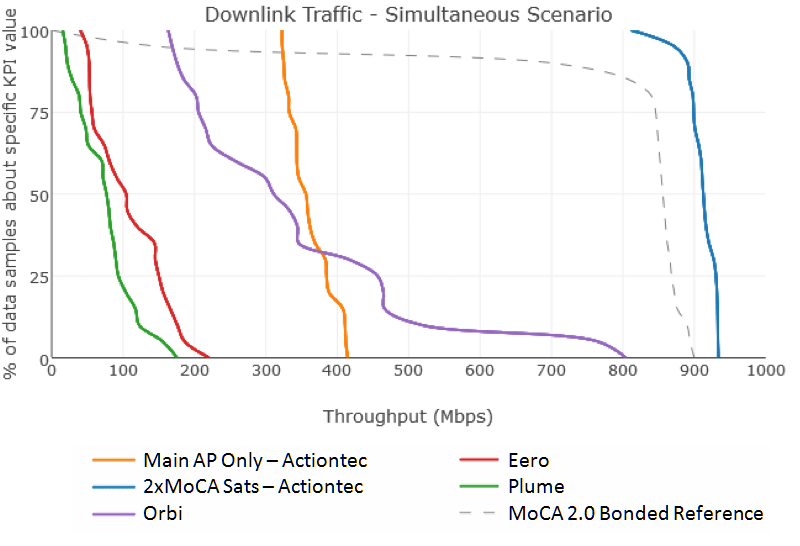 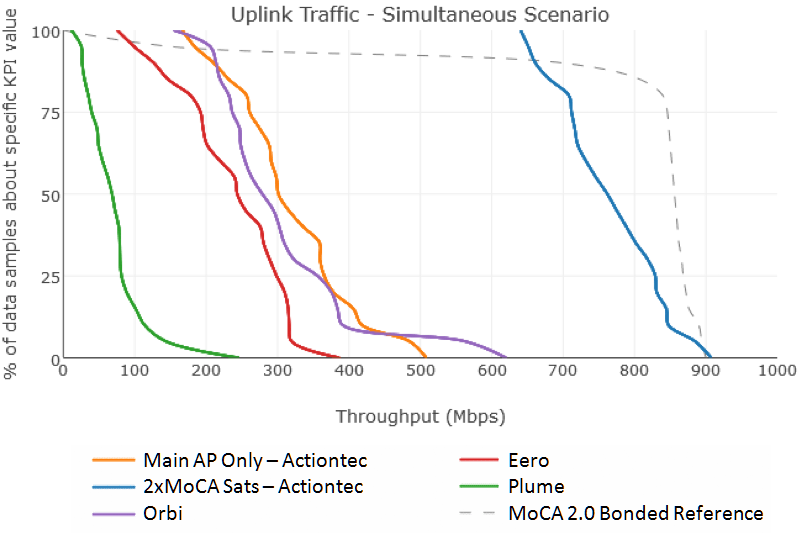 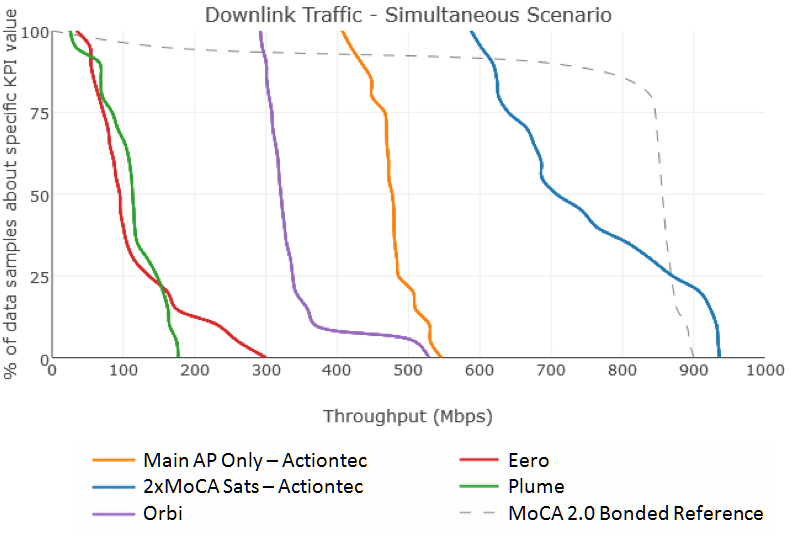 About MoCA®
MoCA® technology is the fastest and most reliable in-home backbone for Wi-Fi® and has been adopted by cable, telco/IPTV and satellite operators worldwide.  MoCA 2.0 offers actual throughputs (MAC rate) up to 1 Gbps and MoCA 2.5 is capable of 2.5 Gbps actual throughputs. MoCA 2.1 and MoCA 2.5 also offer an additional set of network management and security features.

The Alliance has also entered into the broadband access market with MoCA Access™.  It is based on MoCA 2.0/2.5 and uses the existing coaxial cabling.

The Alliance has 219 certified products and 41 members worldwide. Visit www.mocalliance.org for more information.