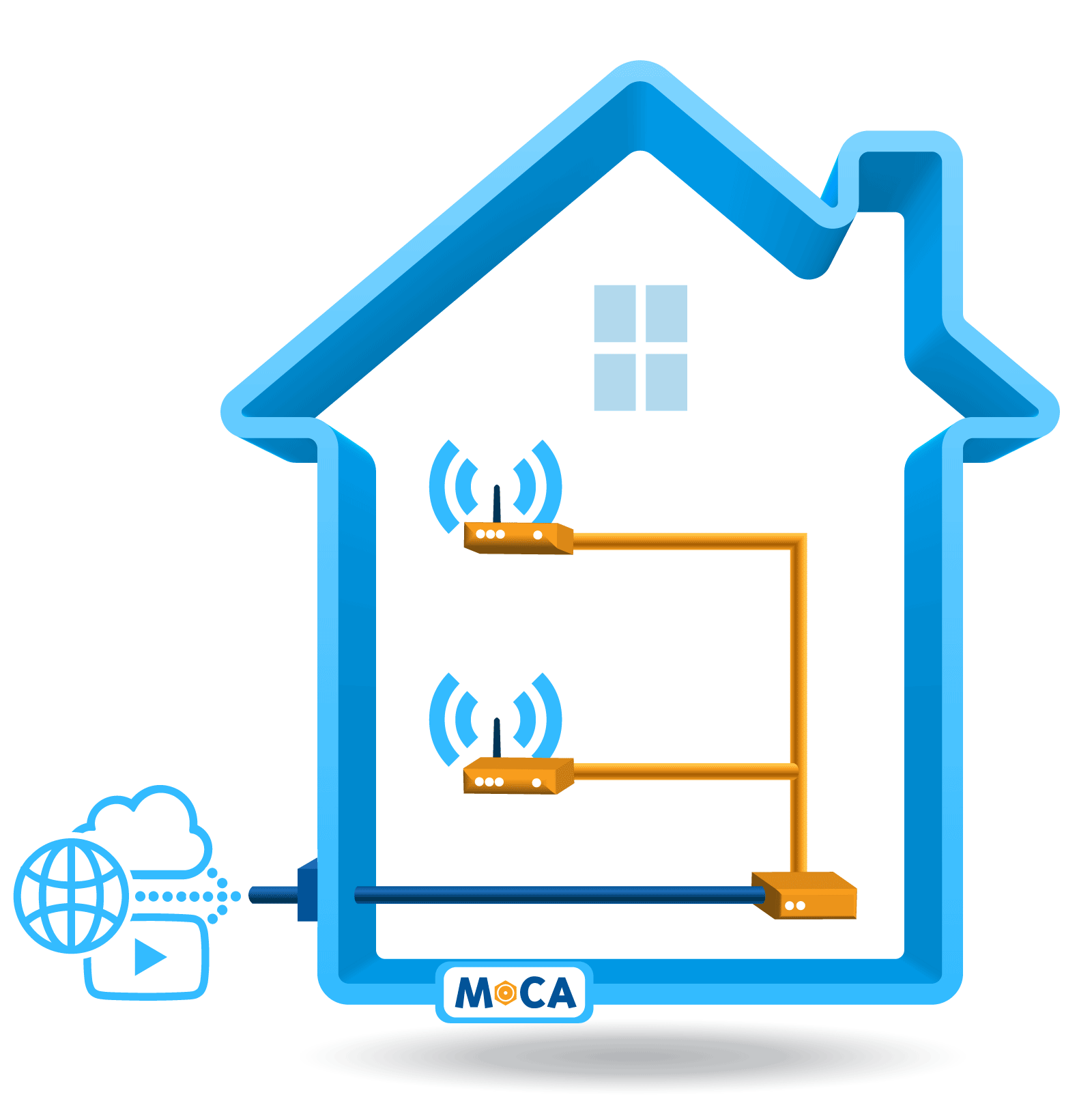 Allows zero configuration networking for new MoCA based device added to a MoCA network in privacy mode, by provisioning the MoCA network password over the coax medium prior to admission. Learn how.

3.5 ms latency (on average) over all received packets.

MoCA 2.0 nodes interoperate with 1.1 nodes on the same network.

MoCA 2.0 capable nodes communicate in MoCA 2.0 mode when talking to MoCA 2.0 devices even when legacy devices are present in the network.

This memo defines an optional Multimedia over Coax Alliance Management Information Base and a recommended way of using the MIB with Simple Network Management Protocolto remotely configure, monitor, and diagnose a device which supports one or more MoCA interfaces.

MoCA field tests that compared three different Wi-Fi mesh-based products in a home networking environment, vs. a Wi-Fi network that used MoCA as the backhaul. The results showed a dramatic improvement in Wi-Fi performance when using MoCA 2.0 as the backhaul, compared to a Wi-Fi-based backhaul only.

Gaming with a Wire: MOCA vs. Wi-Fi Mesh for Gamers 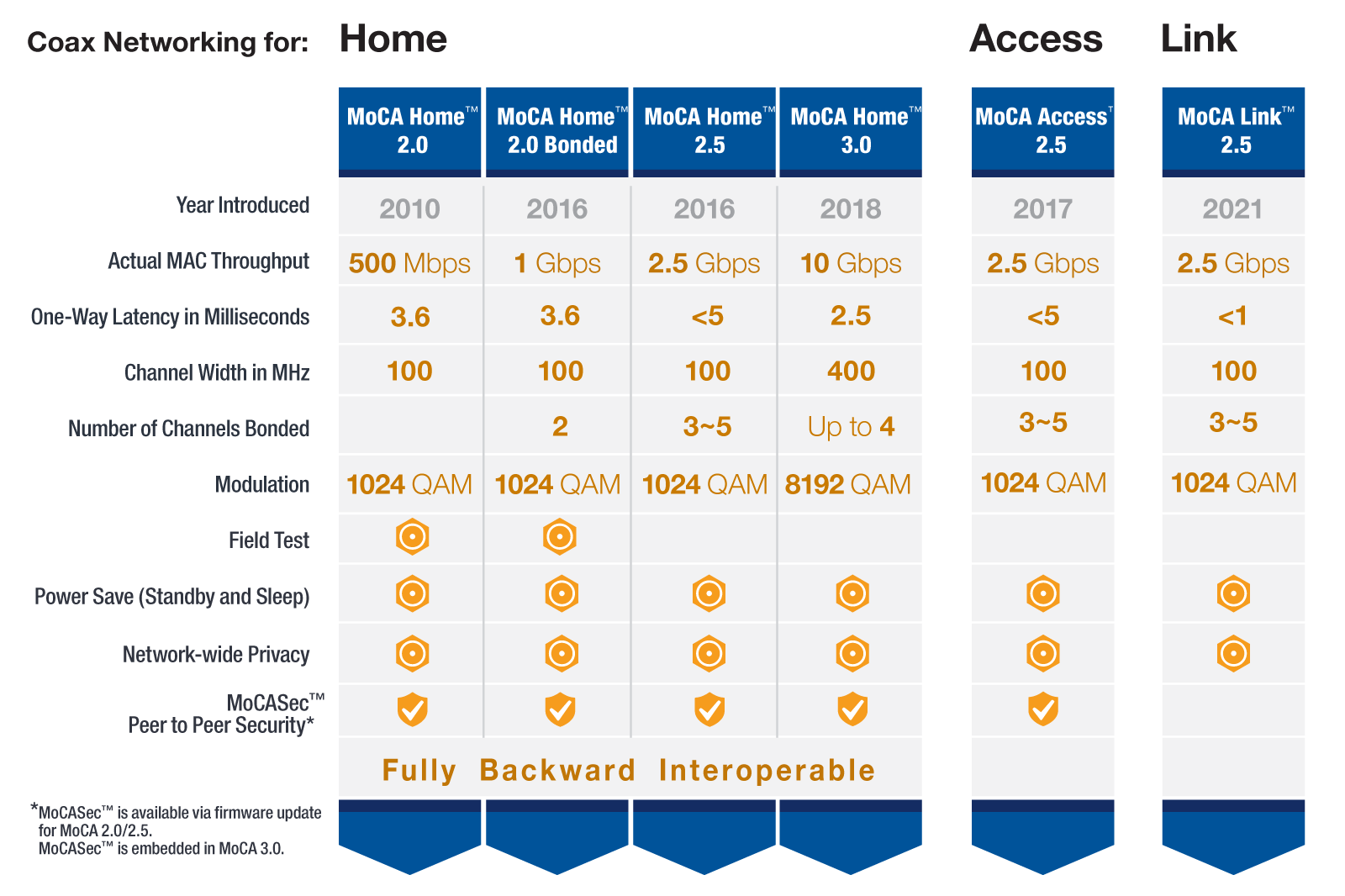